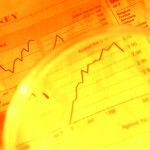 ProShares, the nation’s biggest provider of alternative exchange-traded funds with a lineup of more than 140 products, has launched a new ETF providing exposure to the biggest dividend-paying components of the S&P 500 index.

The NYSE Arca-listed ProShares S&P 500 Aristocrats ETF (NOBL) is the third offering in the unleveraged funds space by the Bethesda, MD-based sponsor, and marks the firm’s second launch in the unlevered equity universe. NOBL tracks the S&P 500 Dividend Aristocrats Index – a benchmark made of stocks from the S&P 500, reflecting both dividend income and capital growth characteristics.

The index aims to measure the performance of large-cap, blue-chip stocks in the S&P 500 Index and targets companies that have increased dividend payments each year for at least 25 years, subject to fulfillment of certain market capitalization and liquidity requirements.

It contains a minimum of 40 stocks, all equally weighted, while no single sector is allowed to exceed 30 percent of index weight. The index is rebalanced quarterly with an annual reconstitution taking place during the January rebalance.

Since its inception on May 2, 2005, the index has returned an annualized 9.39 percent on an average compared to the 6.39 percent returned by the overall S&P 500 index. It currently consists of 54 companies with consumer staples (23.7 percent), industrials (15.4 percent), materials (13.3 percent), healthcare (13 percent) and consumer discretionary (12.7 percent) occupying the top five slots.

The so-called dividend aristocrats tend to do particularly well in bearish conditions when investors turn risk-averse. The aristocrat index lost 27 percent during the 2008 turmoil, while the S&P 500 index slumped 37 percent.

The fund might be suitable for investors seeking exposure in a diversified large-cap fund as average market capitalization of the constituents here is $54.26 billion dollars. Since the portfolio is skewed toward stable companies with less volatile earnings, risk-averse investors may also find NOBL attractive.

The fund has an annual expense ratio of 0.35 percent.

How To Know Your Investment Risk Tolerance

Questions? Here Are Some Answers.

Over the last few years I have received over 350 questions and answered about everything from ETF investing to various investment strategies. I invite you to check them out. Maybe you’ll find answers to questions you have or you might even find questions you hadn’t thought of asking. You can find my Q & A archive here.

Fill in your name and email address in the box below to receive our FREE newsletter with our recommendations, detailed momentum analysis, 401K tracking and FREE phone/email access: